The mission of Luwire Wildlife Conservancy Foundation is to protect, conserve and improve the physical and natural environment of Africa and to educate the public about environmental and ecological issues by soliciting financial support globally

Luwire Wildlife Conservancy Foundation is a US non-profit organization, tax exempt under Section 501(c)(3) of the US Internal Revenue Code and is governed by an independent board of directors. EIN# 83-1655474

Gifts to the Luwire Wildlife Conservancy Foundation are tax deductible to the extent allowed by law. A tax receipt in a form acceptable to the Internal Revenue Service will be issued for every gift and donation received.

Luwire Wildlife Conservancy Foundation is also a UK registered charitable foundation: # 118684. A receipt in a form acceptable to the HMRC will be issued for every gift and donation received.

If you wish to discuss a gift or donation to Luwire Wildlife Conservancy Foundation please contact Lola Lopez on lola.lopez@luwire.org and +258 843 210 050

Is a diversified holding company, active in a wide range of industries, including FMCG, Hospitality & Real Estate, and Packaging Materials. A family business with a history dating back over a hundred years and a deep-rooted pioneering spirit, AGH has successfully leveraged its brand building and market development skills along with proven industry experience to drive sustainable profitable growth within the Middle East and Africa regions.

The purpose of Blue Foundation is to foster political, economic and social systems that promote justice, human welfare, and creativity. Blue Foundation believes each person has the right to clean water, food, shelter, healthcare, and education. They value creativity, both as individual expression and as a means of solving problems.

One Africa is inspiring holistic yet realistic synergies of land, wildlife and people, as a sustainable solution to large-scale wilderness management in Africa.

Given the realities in the field and the scale of the ongoing transitions in Africa, AFD is overhauling its frameworks of interpretation by adopting a continent-wide approach for Africa as a whole.

Wilderness Conservancy is dedicated to the conservation of endangered and threatened wildlife and wild places, on land or within the sea and to the rendition of humanitarian services.

The Wildcat Foundation is a private not-for-profit philanthropic foundation whose purpose is to help save and provide for the long-term conservation of endangered wildlife and wild places in Africa.

Our sustainability actions support preservation of natural resources and destinations while contributing to the bottom line and enhancing our ability to deliver the value our customers expect. We participate in significant collaborative initiatives to help build a better planet for all.

DSC’s mission is to insure the conservation of wildlife through public engagement, education and advocacy for well-regulated hunting and sustainable use. 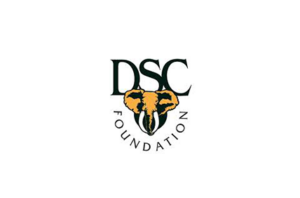 Mozambique’s Niassa Special Reserve represents pristine and untouched African wilderness at scale. It is twice the size of South Africa’s Kruger National Park and comparable in size to Switzerland, Wales, Denmark or Massachusetts. It represents 51% of Mozambique’s protected estate. Niassa connects via the Selous – Niassa Wildlife Corridor to the Selous Game Reserve in Tanzania. Together and separately, they are among the largest conservation areas left in Africa.

Niassa’s first and largest concession is the Luwire Wildlife Conservancy (www.luwire.org) at 4,550 km² ‒ almost three times the size of Greater London or six times the size of New York City. It includes 300km of Lugenda River frontage. This vast area is currently monitored by sixty anti-poaching troops drawn from the local villages. Serious threats include elephant and lion poaching, the bush meat trade, human wildlife-conflict, illegal forestry and artisanal mining. Luwire hopes to address these threats by increasing troop numbers to 100 while building a larger intelligence network and employing cutting edge technology.  Down the road, Luwire hopes to reintroduce Black Rhino. This will require a further step up in security resources.

Luwire must maintain a high level of vigilance and constant state of readiness across seasons and through periods of reduced and increased threats. It is therefore critical that the funding for security operations is not subject to the economic cyclicality or seasonality of Luwire’s tourist businesses or donor funding. Simply put, Luwire’s security must be funded on a term basis. The Luwire Club is designed to provide that sustainable funding.

Luwire Club members provide committed three-year funding to Luwire’s security effort. This funding is 100% ring-fenced for security operations. It is used solely to support Luwire’s growing team of anti-poaching troops via payment for salaries, transportation, food and supplies.  Separate one-off donations are used to cover capital expenditure programme on security (scout housing, technology investments, etc.) Within three years, Luwire hopes to have built a team of 100 anti-poaching troops with best-in-class equipment, facilities and technology that allow for the enhanced security needed to reintroduce the Black Rhino. Luwire Club members commit to cover the all-in cost of a single anti-poaching troop annually for at least three years. This amounts to a $5,000 per year commitment. Donations are tax deductible in the UK and US.

·         Club members receive a quarterly newsletter from Luwire’s General Manager and Head of Security as to progress in security operations.

·         Club members join the Luwire Security WhatsApp Group and enjoy real time postings as to progress on the ground.

·         Club members who donate less than $10,000 per annum for three years receive accommodation for themselves and a partner at cost at Luwire for a week (once in three years and subject to availability).

·         Club members who donate more than $10,000 per annum for three years get free accommodation for themselves and a partner at Luwire for a week (once in three years and subject to availability).

Current Members of the Luwire Club