This year has been a hard year for rangers across Africa, with massive resource cuts as a result of border closures and the economic impact of Covid-19. Luwire is no exception, and like so many conservancies that depend on income from tourism and public donations, we are working hard to cover our budget shortfalls this year.

Given the difficult situation in which many reserves find themselves, the international wildlife charity Tusk organised a one-of-a-kind fundraiser, to help smaller charities secure the funds to continue their critically important anti-poaching work. Teams of five rangers from each participating conservation area signed up to run a half-marathon and complete tracking and wildlife ID tests. Members of the public were encouraged to pledge funds and join in the race, with the option to run 5, 10, or the full 21 km, along with the rangers.

At present, Luwire employs over 60 scouts, but every last one is crucial to our anti-poaching efforts. We decided to put together a Ranger Challenge team of scouts who were not otherwise on active duty, many of whom were recovering from injury. Our team members were:

At present, Luwire employs over 60 scouts, but every last one is crucial to our anti-poaching efforts. We decided to put together a Ranger Challenge team of scouts who were not otherwise on active duty, many of whom were recovering from injury. Our team members were: 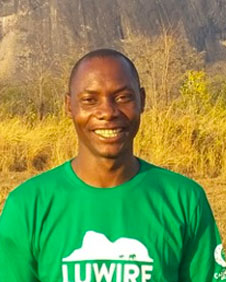 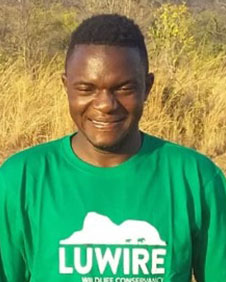 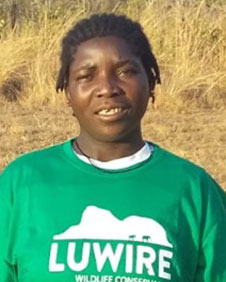 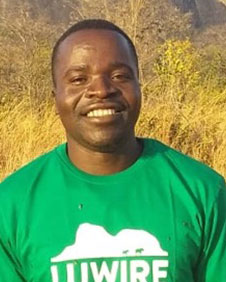 1. Orlando Siabo Orlando has great aspirations, and finished level 10 in secondary school, but due to financial circumstances he was unable to proceed to higher education. However, since joining the Luwire ranger team, he has become heavily involved in our SMART reporting, and is now being trained as a unit medic.

2. Laurinda Daude At Luwire, we love strong women. Laurinda is a single mother to two children, and the active vice chair of the Lugenda Mozambican Women’s Organisation.

3. Abdul Sequene In 2019 Abdul was bitten by a black mamba (one of the deadliest African snakes) while on duty. After a medevac to Mecula hospital, he has made an incredible recovery, as his ability to take part in the Ranger Challenge demonstrates.

4. Rosa Corrombe Rosa has six children, and raises them by herself. She is an active member of the community and chairperson of her bairro in Mussoma village.

5. Abudo Amine Early in 2018, Abudo and his team tracked and attacked a group of 10 well-armed elephant poachers; during the attack, Abudo was injured. Shortly thereafter, he was attacked by a crocodile while rescuing a drowning colleague. Abudo has made an amazing recovery from his injuries, and we are hugely pleased that he was fit enough to join the Luwire Ranger Challenge team.

On the 3rd of October, over 50 teams from across Africa put their running boots on and ran the 21 km half-marathon – in full kit, and carrying 20 Kg backpacks. In total, teams from 88 protected areas took part, representing 20 African countries. Over 9,000 rangers are expected to benefit from the funds raised in this way, and the grants Tusk will subsequently be able to give out. Our team finished in 3 hours and 20 minutes, which is particularly impressive given the baking 38˚C heat, and many team members’ old injuries.
Congratulations to all!